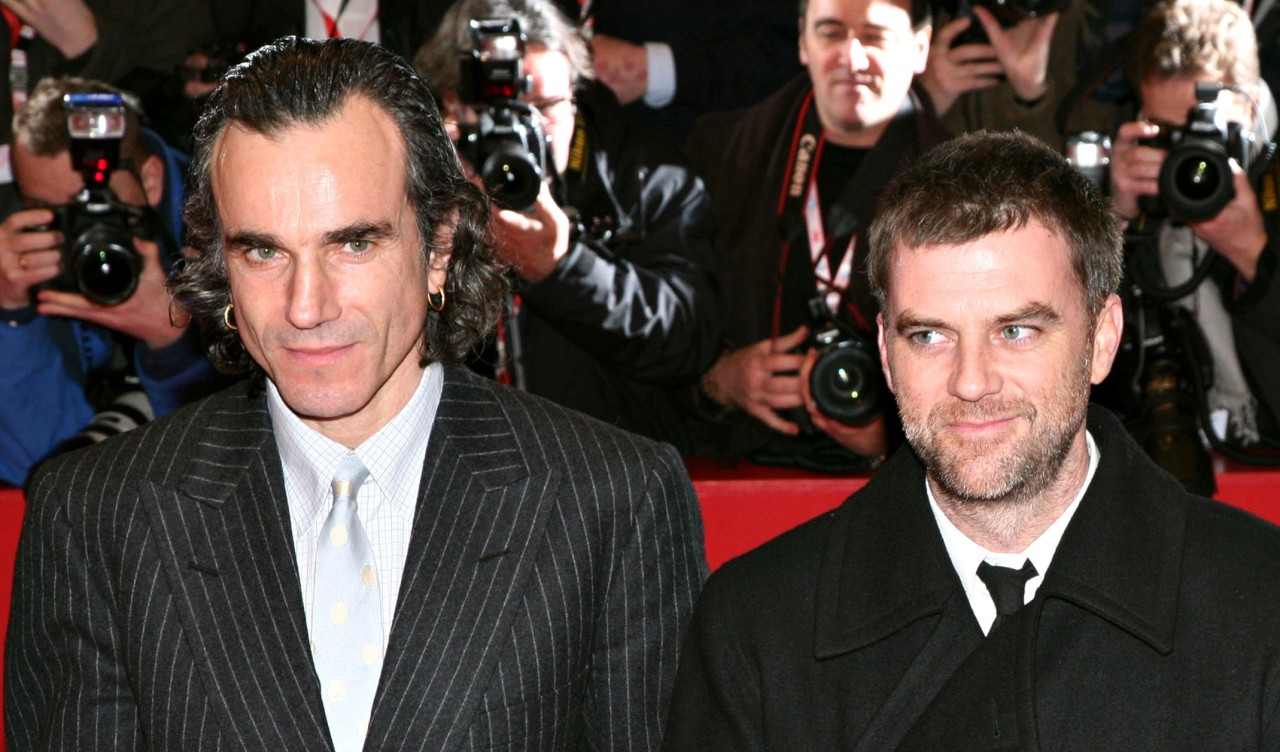 Despite a last gasp effort, 2016 was one of the most underwhelming and forgettable years in film history. After a promising pre-summer release slate that gave us Deadpool, Green Room, The Lobster, Zootopia, and Hail, Caesar!, 2016 remembered what year it was. The year’s biggest blockbuster, Batman v. Superman, set the tone for summer ‘16’s impressive lack of imagination

After Batfleck clenched his jaw hard 4 years after Christian Bale hung up the cowl, we had the 13th of an estimated 112 MCU entries, Ghostbusters and Ben-Hur (lol) reboots, forgettable sequels to Finding Nemo, Now You See Me, Independence Day, and the Bourne series, and my favorite of all, The Angry Birds Movie. There could be no better capper to a summer that started with DC forcing a few new franchises on us than Suicide Squad. Discussions about modern cinema’s over-reliance on IP often turn to hyperbole, but this was the first year it truly felt like everyone had run out of ideas. The only original films in the top 10 grosses of summer 2016 were Central Intelligence and The Secret Lives of Pets, which came up with the innovative concepts of buddy cops with nothing in common and cartoon animals.

Awards season was better, but no less predictable. Arrival was sharp, emotional, and cemented Denis Villeneuve as a must-watch talent; it’s also the latest in a long line of cerebral sci-fi with feels movies released the last few awards seasons. La La Land was lovely, but savior-of-the-musical clamors after the stars learned basic tap say more about the current state of the musical than it does about the film. Manchester by the Sea was well acted and packed an emotional punch but hardly broke new ground. And those were the good ones! Sully capped off Tom Hanks’ Boring Honorable Man trilogy, Mel Gibson made a WWII movie (what else do you want me to say?), Jackie wasted a strong lead performance, the live action The Jungle Book was extremely necessary, and Patriots Day was a gross exploitation of a tragedy. Festival fare left something to be desired as well. Palme d’Or winner I, Daniel Blake told a touching story that, to quote Quentin Tarantino, should have won an Emmy, Sean Penn’s much-hyped Cannes entry The Last Face, was a painfully bad and completely tone-deaf melodrama, and Xavier Dolan’s It’s Only The End of the World was a disappointing follow up to Mommy.

Better films did exist in the margins. Moonlight was immaculately shot and acted. Getting a glimpse into Chiron’s life felt like a privilege. Hell or Highwater rose above a seemingly tired premise (I remember predicting that there was a 100% chance a character would answer a question with “because you’re my brother” during the preview and being right) to deliver genre thrills with some heart. Andrea Arnold’s American Honey came closer to making the Great American Movie than most by spending more time deciding what songs young people would play if you handed them the aux than bombarding us with symbolism and ~themes~. The virtuoso strangeness of Nicolas Winding-Refn and Chan-Wook Park on The Neon Demon and The Handmaiden felt refreshing on release and essential after a fairly homogenous year for film.

But fear not – 2016’s weak showing may have had more to do with bad timing than the death of cinema. Many of our best filmmakers were at work during 2016 for a 2017 release. Expect a crop of new ideas and fresher takes on existing properties in the new year, just don’t hold your breath waiting for sequels and reboots to go away (hello Fifty Shades Darker, Another Fucking Transformers Movie, Another Attempt to Make the DCU A Thing, Gritty Cars Sequel and An Alien Spinoff That Will Definitely Not Disappoint!)

Alex Garland proved he was more than a talented sci-fi writer with his acclaimed directorial debut Ex Machina. His adaptation of Annihilation will hopefully prove that he is one of our most important cinematic voices regardless of genre. Rian Johnson is the most interesting filmmaker to make a Star Wars movie yet, ignoring the parallel universe where David Lynch said yes to Return of the Jedi. The Planet of the Apes franchise took a massive leap from “cool CGI and above average James Franco performance” to a genuinely compelling story about tribalism between Rise and Dawn. Caesar’s final chapter remains in the capable hands of Matt Reeves. Sofia Coppola is back and helming a stellar ensemble cast including former muse Kirsten Dunst for The Beguiled. Perhaps most exciting is Denis Villeneuve’s and Roger Deakins’ Blade Runner 2049, which can draw from an established concept and visual template without worrying about toy sales.

As for the original films, there is no shortage of auteurs making their return this year. Darren Aronofsky is back to put us through an emotional ringer with Mother’s excellent cast of J-Law, Javier Bardem, Ed Harris, Michelle Pfeiffer, and the inexplicably sought after talents of Domnhall Gleeson. The concept (uninvited guests show up and disrupt marital bliss) is hardly groundbreaking, but suits Aronofsky’s abilities perfectly – few are better at making the intimate feel epic than Aronofsky. David Robert Mitchell will try his hand at a neo-noir Andrew Garfield star vehicle in Under the Silver Lake after the making one of the 21st century’s best horror films, It Follows. Yorgos Lanthimos is teaming up with Colin Farrell again for The Killing of the Sacred Deer, a story about a surgeon who befriends a teenage boy. The screenplay apparently made Lanthimos nauseous when he read it, and the last word you’d use to describe Yorgos Lanthimos is squeamish, so it will be intriguing to see how much of the levity Lanthimos can retain from the oddly charming The Lobster as he goes to even darker places. Ironically, one of the few directors still allowed to turn original ideas into blockbusters is making a Based On Actual Events™ WWII movie. However, making Dunkirk may be the perfect move for Christopher Nolan. Nolan needs to get out of his own head after echoing some of Inception’s themes in Interstellar, and the war genre is badly lacking in fresh ideas. The Dunkirk evacuation is a fascinating story yet to be significantly mined for the screen, a war movie is a great opportunity for Nolan to prove his cinematic chops are catching up with his writing and editing skills, and the cast (Tom Hardy, Cillian Murphy, Mark Rylance, Harry Styles) is excellent. Nolan knows how lucky he is that Warner Bros. gives him a blank check to make original movies; he wouldn’t waste the chance on a war movie if he didn’t have more to say than “soldiers are brave.” 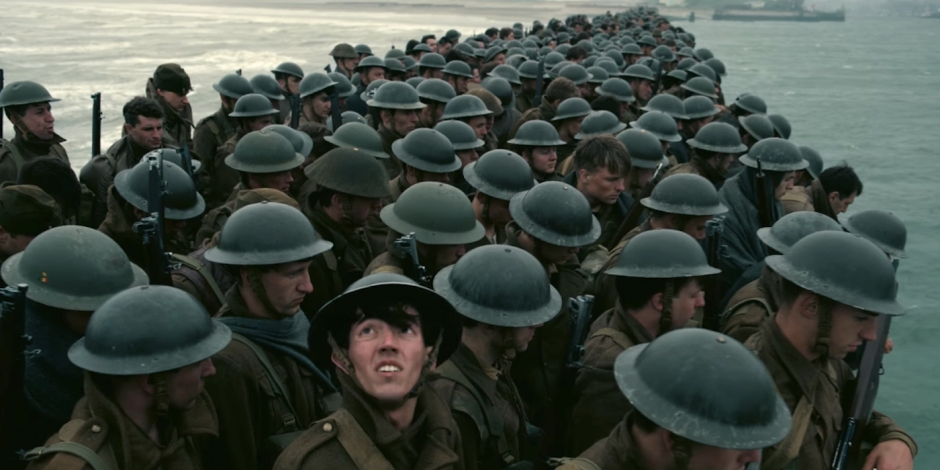 But the most exciting news to come out about 2017 cinema – as you can probably tell by it getting its own paragraph – is that Paul Thomas Anderson is making a movie with Daniel Day-Lewis. 10 years after the collaboration yielded one of the century’s best films There Will Be Blood, the pair is back for a period piece on the fashion world in 1950s London. The details are scarce, but besides the point. Anderson has carved his own spot in film history and established himself as our generation’s best director by gradually shedding the influences he used to wear on his sleeve. Day-Lewis is the only actor to win 3 Lead Actor Oscars (one of which was for There Will Be Blood) and is so selective with his roles that this is the first film he signed on to since his 2012 Oscar-winning performance in Lincoln. Yet the most exciting part of this film is the uncertainty surrounding it. Over the course of his last few films, PTA has drifted towards a surreal, cerebral style of filmmaking that is less beholden to narrative. Whether this film will be a empathetic parody of the fashion world a la Boogie Nights, a character study in hubris like The Master or There Will Be Blood, or something new altogether is completely up in the air. 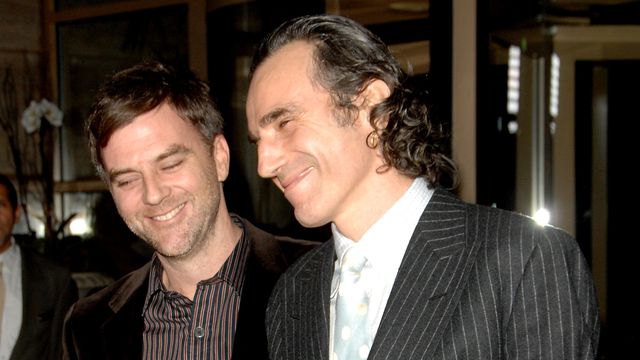 Now all that’s left to do is identify the parts 2016 cinema worth remembering (i.e. Patrick Stewart in Green Room), start binge watching Oscar-bait so you can seem smart when the Academy Awards roll around, and put your faith in the guy who had Triple Nine and Sea of Trees on his 10 most anticipated movies of 2015 list that 2017 will get better.